Ring in the New Year with all that the Saint Paul Winter Carnival has to offer! The Winter Carnival brings the community together to embrace the winter season with activities like barstool ski races, the Minnesota State Snow Sculpting Contest, winter races, and more! Here’s what to look forward to in 2019.

The Saint Paul Winter Carnival has three festive parades during January and February. The Moon Glow Pedestrian Parade will take place on the first day of the Carnival, the King Boreas Grand Day Parade is led by 2019’s King Boreas and his royal family, and the Vulcan Victory Torchlight Parade will feature Vulcanus Rex lighting up the streets of downtown Saint Paul.

2019 marks the 34th year of the annual Securian Financial Winter Run! The run includes a Half Marathon race, a 10K race, and a 5K race. The proceeds from this event will go toward the Saint Paul Festival and Heritage Foundation.

The options for fun activities to do at Vulcan Snow Park are endless! You can participate or watch events such as the snow stomp, snow maze, barstool ski races, the Minnesota State Snow Sculpting Contest, Vulcan Snow Park Polar Plunge, and more!

The Ice Scuplture Garden is one of the best (and most spectacular) events at the Saint Paul Winter Carnival. Local artists meticulously carve ice into beautiful ice sculptures for everyone to see (and take pictures with).

Relive the glorious and fashionable 1970’s with the Magic Sunshine Band at Kellogg Mall Park. Disco and dance with your friends and family to some groovy music at 70’s Disco Night!

Your kids will have a blast at Saint Paul YMCA’s Kids’Day. Kids can enter the puzzle contest, see entertainment in Landmark Center, blow bubbles in Rice Park, and watch the beloved Grand Day Parade!

There are a multitude of activities for all ages at the annual Saint Paul Winter Carnival. Celebrate the beginning of a new year with festive parades, a family fun night, ice sculpture gardens, and more!

Richfield, Minnesota is your gateway to the Twin Cities. Stay in our hotels near MSP Airport and hotels near Mall of America. Richfield is only minutes away from everything Minneapolis and St. Paul have to offer. 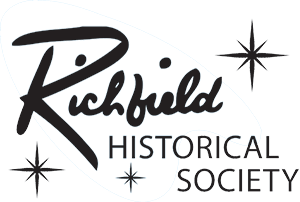