If you live in Richfield, you probably know all about Sandy’s; the 86-year-old dive bar is one of the best kept secrets in Richfield. But it’s “hidden gem” status may be about to change, as new operators Rick Oknick and Matty O’Reilly (of Republic/Bar Brigade/Foxtrot fame) recently took over in late 2019.

Devotees will be glad to hear that Oknick and O’Reilly don’t seek to change Sandy’s all that much. They’re dedicated to keeping much of what has made Sandy’s Tavern a Richfield institution for almost 90 years.

We had a chance to sit down with Rick recently and talk about the deep history of Sandy’s Tavern, favorite menu items at the dive bar, and what’s behind the eclectic décor.

Question: Sandy’s is one of Richfield’s hidden gem restaurants. Why does it have that label? What makes it a “hidden” gem?

Rick: It has to do with the relationship folks have with Sandy’s. It’s an accessible, friendly place. If you know about it, you know about it. We’re not really trying to appeal to a broader audience. We just want to do what we can to keep our existing audience and broaden awareness across Richfield and the surrounding communities.

Question: In fact, Richfield itself has a reputation as being a “hidden gem” of its own in the Minneapolis/St. Paul area. Why do you think that is?

Rick: In Richfield, the people seem to be more focused on enjoying their quality of life vs. talking about it. Richfield doesn’t seem to need the same kind of affirmation other Minneapolis/St. Paul suburbs do. I think residents are like “we know we’ve got a good thing here, but let’s not talk about it and spoil it.”

Sandy’s also has a storied history. Can you tell us a little about where you’ve been? 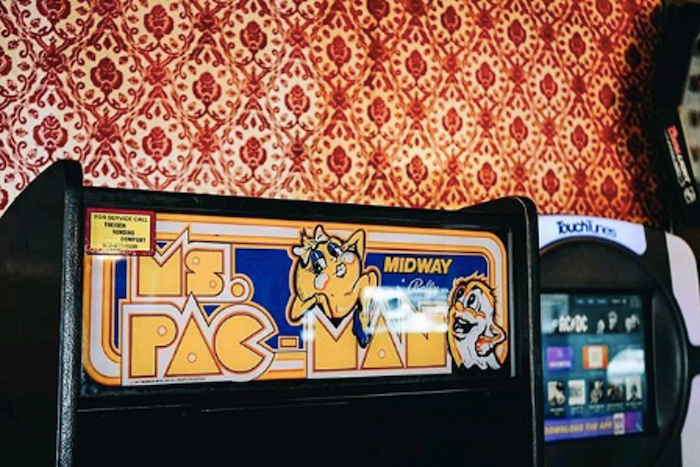 Rick: The original Sandy’s Tavern is the spot right when you walk in the front door. The area to the south and west is an area that was added on later. Back when it opened in 1933, Sandy’s was a popular hangout, along with 5-8 Club, where people could go to “discreetly” have a drink. It had the bar/restaurant downstairs and a residence upstairs—which is fairly unique in the area. Over its 86-year history, Sandy’s has had three operators. From 1933-1982, Sandy–the original operator–was in charge. Then, in 1982, a new operator (Eric) took over. He was the kinda guy who knew what he wanted and he molded Sandy’s into the place it is today. Over the years, not much changed at Sandy’s. It’s kinda like stepping back into the mid-80s. The music. The Ms. Pac-Man machine. The décor. It’s like a time capsule. And it’s achieved this level of coolness. I like to say Sandy’s is like a jean jacket that’s been in your closet for 30 years. It was really cool in 1985, and now it’s back in fashion.

What’s the signature burger at Sandy’s? 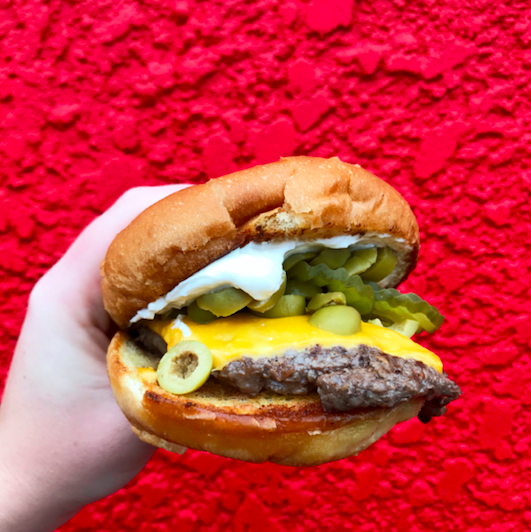 Other go-to menu items people new to Sandy’s must try?

Rick: The fries, no question. Also, the onion rings and tater tots are pretty great. We also make a fantastic “Beyond Burger”, which is a vegan burger. We prepare it the same way we prepare our California Burger. I like to add cheese to mine.

What’s the one thing on the menu everyone should try at Sandy’s?

Rick: Our mini-corn dogs! We only serve them from roughly April to November, but it’s the ultimate summer food to me. It gives you that escape.

Any weekly specials folks should be aware of?

Rick: Not really. We try to keep it pretty simple. We have fair prices all the time. We want to be predictable and reliable. We do have weekly trivia on Monday nights.

Tell me about décor here at Sandy’s. It’s fairly unique. 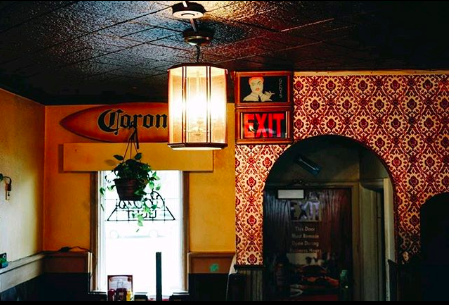 Rick: We’ve taken a “less is more” approach. It’s actually an approach we used with one of our other restaurants—Republic. We like the kitschy-ness of it. And we wanted to retain the feel Sandy’s has had for so many years. When we took over late last year, we only made a few cosmetic changes. We took out the really old green curtains—that brightened the place up a bit. We took the neon beer signs and faced them outward instead of inward. We removed the pool table to make for more comfortable seating. And we took out the ATM machine because we now take all forms of payment, including credit cards. We wanted Sandy’s to retain that ‘80s dive-bar feel.

Are you on the only dive bar in town to have a collection of mini hockey mugs? 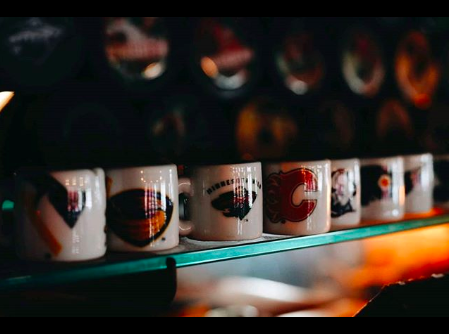 Rick: I’d bet on it. We’re probably the only dive bar in the Twin Cities to have Dan Gladden’s endorsement, too!

“Dive bar”—is that a label you embrace or resist? Why?

Rick: Definitely embrace. To me, a dive bar is just as important to a community as a fine dining restaurant. There’s a certain ability to connect with people who live and work and play in Richfield without judgment or much fuss. That’s how I discovered Sandy’s. It was “our” dive bar, my wife and I. And, it’s evolved with us as we’ve had kids and moved into different life phases. I think a lot of people in Richfield probably have a similar story to that.

I hear you expanded your beer list—is that true? What has been added? 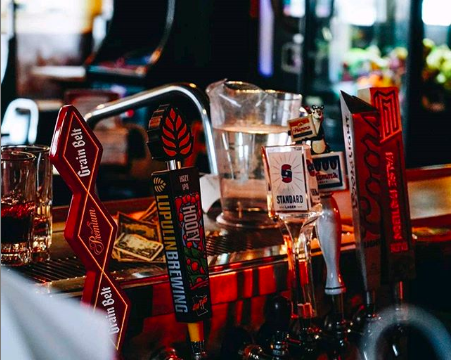 Rick: We did! It was really important to us to keep some of the core beers people have come to expect at Sandy’s over the years. So, we’re keeping Coors Light and Grain Belt Premium on tap. And we’re adding Hamm’s. Then, we wanted to add a number of our favorite craft beers to the list, including Steel Toe, Lupulin, Modist, Rush River, Fulton, Pryes, Castle Danger and Bell’s Brewery. So you’ll see different beers from those brewers throughout the year. And we added a wine list as well.

Do you envision any other big changes ahead for Sandy’s?

What are you most excited about in 2020 for Sandy’s?

Rick: We’re just grateful to be a part of this community. We’re lucky to have the opportunity to serve our neighbors and continue to work with the most dedicated people we’ve ever worked with. Little-known fact: When we closed for a bit in November and December, everyone—with the exception of ONE employee—came back to work with us (and the one employee who didn’t actually retired!). So, I guess I’m most excited to serve our community and work with these amazing people!