Last week, the city of Richfield unveiled a new inclusive play space: an outdoor playground at Augsburg Park designed for kids of all abilities and developmental stages. This new playground is one of only a handful of such playgrounds in the entire Minneapolis/St. Paul metro area. 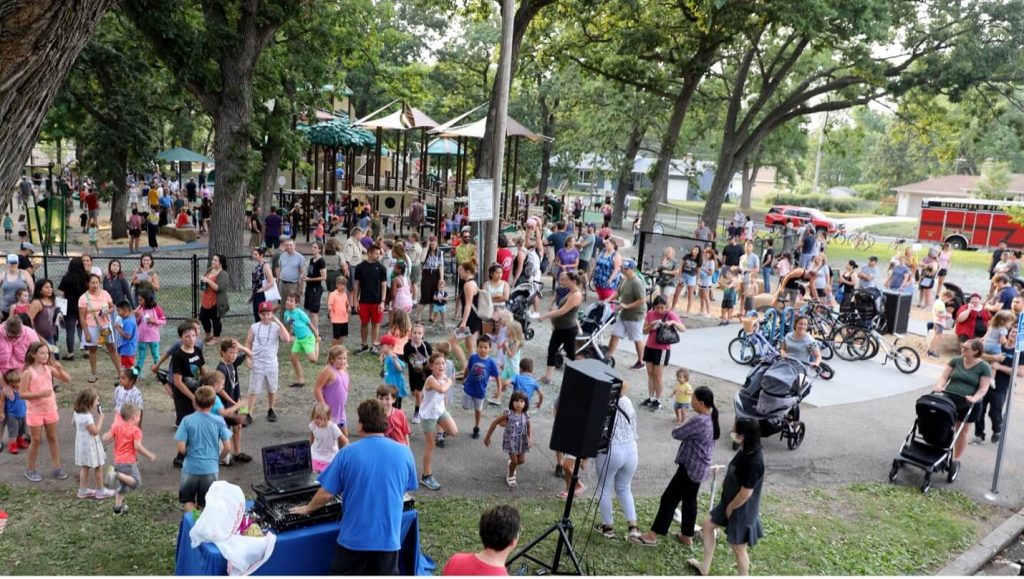 “The idea came about back in 2019  There was a need for an inclusive play space in Richfield and Augsburg Park felt like the right fit,” says Amy Markle, recreation services director for the City of Richfield. “The playground at Augsburg Park was due for an upgrade—the old one was built in 1995—and it’s close to the bus line and the bike lanes right on Nicollet so it’s easy to get to.”

The city partnered with Fraser, Minnesota’s largest and most experienced provider of autism and early childhood mental health services, to help with the planning process. Fraser staff helped the city look at the sensory component, and provided training for the recreation team.

Although there are a handful of other inclusive playgrounds in the Twin Cities, this is the first in the Richfield park system. “We wanted a park that would remove barriers,” says Markle. “These inclusive spaces are starting to pop up more—people are realizing there is a significant need for these kinds of playgrounds.”

And she’s right. According to a recent Sun Current story, “a 2017 report by the Minnesota State Demographic Center says approximately 3,610 of Richfield’s residents identify as having a disability, representing more than 10% of the city’s population.”

So what are the key features of the new playground? After a designer took a first stab at the playground’s design, it evolved many times as the city looked at different perspectives on how it could make the park even better.

“We were making changes right up until just a couple months ago,” says Markle.

Among the many disability-friendly features, the park has rubber surfacing (for those with mobility impairments), cymbals and musical instruments (for those with auditory impairments), and a “Quiet Grove” for kids on the autism spectrum that feels like a “modern fort,” with fidget spinners and other items to help quiet their minds. All parts of the playground, with the exception of the tallest tower, are wheelchair-accessible. There’s even a wheelchair-accessible merry-go-round!

“One of my favorite features is the team swing—it looks like a big raft. Kids can swing together and really enjoy the space,” says Markle. In addition, the park is almost completely enclosed, with just an opening at the entrance, to help kids stay in the play area and be aware of boundaries.